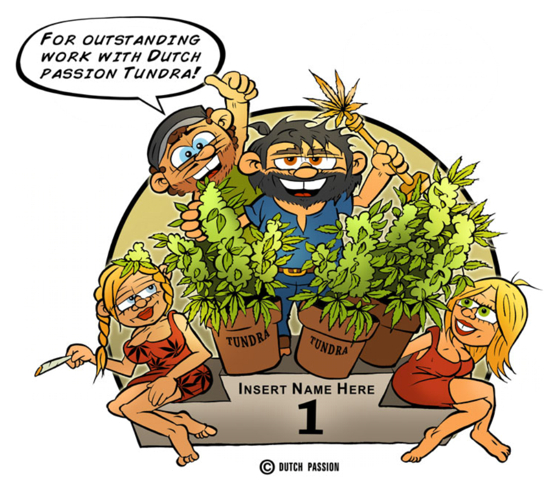 In January 2012 a new AutoFem grower called ‘Insert Name Here’ (or ‘INH’ for short) got a 3-pack of Tundra and grew her indoors using a 400W HPS lamp in a ‘Wilma’ hydro system.  The plants grow in clay pebbles with nutrient solution dripped from the top of the plant pot through the pebbles, it is a simple but effective method.  The original grow diary was from the friendly Autoflower network forum where many AutoFem fans gather to share their experiences and views.   This is the story and pictures of the 400W 3-plant Tundra grow. 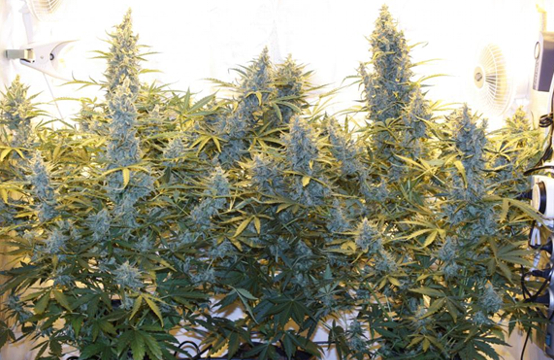 INH grew with Sensi nutrients and was able to turn 3 Tundra seeds into 3 remarkably heavy yielding and resinous female marijuana plants which yielded 293g of bud between them.  Tundra uses Dutch Passion’s ‘Passion #1’ genetics in an automatic form to finish in around 70 days.  Typical yields for indoor growers are around 50+ grams per plant, but INH showed that Tundra is a forgiving variety which is easy to grow and will deliver decent yields without any specialist equipment in the hands of new growers. Passion #1 has been one of Dutch Passion’s most popular and potent varieties in recent years so it was exciting to see this AutoFem version of her deliver such an impressive result. 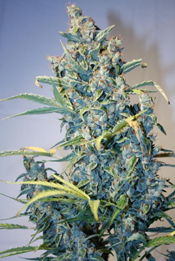 The Dutch Passion Tundra AutoFem seeds were put between damp paper towels in a DVD case for 48hrs.  All three beans had sprouted and INH put them in ph balanced rockwool cubes, soaked in some Atami root stimulator.
The plants grew steadily over the next 2 months until they were just under 1 metre tall. Tundra seemed to start slowly and then show rapid growth.  INH commented “Probably a phase that really was amazing was during the pre-flower stretch when they really went from these little green blobs of leaves barely coming out of the pebbles to these bushes loaded with bud sites, they would grow sometimes from one to two cm per day. And the last three weeks when the bud started to look mature, it was awesome to have the problem of having to support a few of the bigger buds as they swelled. That was something I was not expecting to see, some really big buds!”
As the grow continued the bud production accelerated.  At the end the branches on one of the Tundra collapsed due to the weight of the bud and the heavy resin frosting, it was a nice problem for INH to have to deal with. 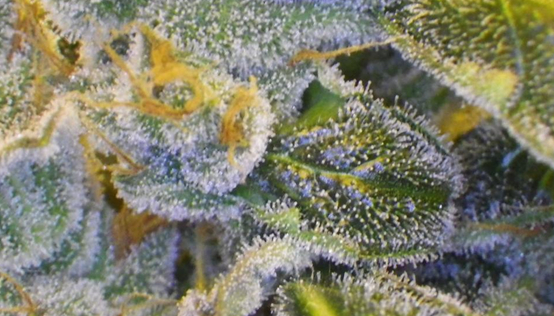 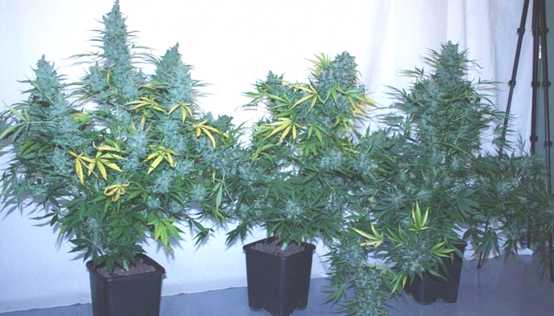 In the last year or two AutoFems have improved significantly and many growers are trying them out.  INH didn’t expect the result to be this good “ Tundra blew my expectations away, I was expecting a small single cola type plants with some short side branches ….that is why I planted three, I was thinking under the best conditions(hydro, good light, etc) I would get 30-45g per plant…. Well, as you can see the plants blew away those expectations!” 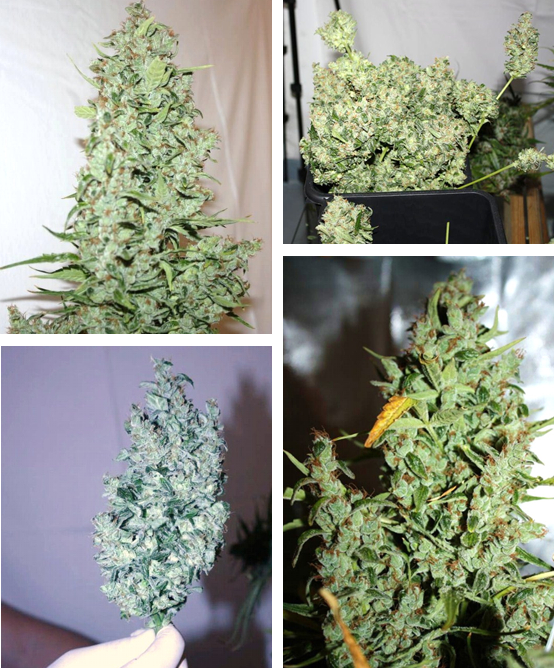 INH felt he had three different pheno’s. One had lots of leaves to calyxes the other two have almost pure bud.  Of these two plants with little leaf in the bud, one was noted for a particularly heavy resin production.  The other one may have had less resin but it did have the fatter buds.  The leaves and trim was so resinous that INH decided to make some hash from it.  In the end INH chopped the plants at 75 days old and noted that Tundra had lots of yellow leaves and orange/brown pistils.  Even lower branches had produced some respectable bud.

INH noticed the Tundra was drenched with resin at the end and decided to wear surgical gloves due to the stickiness.  “LOADS and LOADS of resin! The buds started to show frost early on, but in the last week it looked almost like there was white fur (trust me it wasn’t mold) all over the plants. The smell was very strong citrus, especially when I was working around them, my arms and hands smelled like I had dipped them into some frozen concentrated Orange juice.  For the last month the Carbon filter could not keep the smell controlled, the smell in my place was a bit dank, so it was like musty citrus, but I would not call this one the stealth strain!”

INH felt that Tundra was robust enough even for new AutoFem growers.  “It is a hardy plant that took my noob-ness and let me play. I missed the Cal/Mg deficiency probably for at least two weeks, they kept on growing, temp and humidity changed a bit, they kept on, and even the trimming process was really easy”.

Tundra produces potent, resin crusted bud in large quantities and we continue to get good feedback about her.  All the Dutch Passion AutoFem’s are bred to the same ‘high’ standards and produce great quality pot.

Grow Summary
Grow Box made at home 120cm x 90cm x 185cm (height)
started seedling out under flouro tubes then transferred to a wilma top feed system
Nutrients AN Sensi Grow A and B
Atami Root Stim
Ata clean
400W HPS  grow light
Sonlight digital ballast Adjustable
Cool Tube
Grown under a 20 hours-lights-on / 4 hours-lights-off regime.
125 bi-turbo inline fan
Yield 293g after 1 week drying.
Tundra is also well suited to outdoor or greenhouse growing.  So if you haven’t tried growing AutoFem’s yet then have a think about it in 2012.  The 3 seeds bought by INH cost him just €24 and have given him a great stash of top quality pot.  Growing your own marijuana is simpler and easier than ever these days.