CBG-Force is a Dutch Passion strain that produces 10-15% CBG (Cannabigerol) in the dry buds with THC levels below 0.2%. CBG is the ‘mother cannabinoid’ from which most others are formed and has attracted great interest from growers and pharmaceutical companies. With THC below 0.2% there isn’t the familiar THC ‘high’. Apart from that CBG-Force looks and grows like normal cannabis with particularly generous yields. This indoor grow report from Ivan, known as @Cannatorium on Instagram, shows you what to expect when growing CBG-Force feminised seeds in real-world indoor grow conditions.

CBG-Force is an easy cannabis strain to grow. The CBG-Force name reflects the tremendous growth vigour and ‘force’ with which she grows.

Normal bloom time is around 7-8 weeks with heavy yields. Just like any other photoperiod feminised cannabis strain, CBG-Force starts bloom when indoor light conditions are flipped to 12/12 (12 hours of indoor light followed by 12 hours of darkness).

The photoperiod plants were grown under the following typical indoor grow conditions.

The pictures from @Cannatorium show what you can expect when growing from CBG-Force cannabis seeds. The productive genetics allow ample side branching and subsequently heavy harvests. The plants are medium-tall with average stretch are are easy to grow indoors.

The blooms swell rapidly into generously sized colas. The hairs (pistils) are produced in large quantities. As the blooms reach harvest the pistils produce quite a display of long, orange hairs giving the buds an exotic and inviting appearance.

However, unlike THC-rich cannabis strains, CBG-Force often produces a rather light aroma. This is characteristic of this particular strain.

One other unusual observation by @Cannatorium (and other growers) is the fact that CBG-Force buds feel noticeably less sticky than traditional THC-rich cannabis strains, this is despite a thick trichome coating on the buds. Is sticky resin production somehow related to THC content?

@Cannatorium commented that “most of his CBG-Force plants exhibited very dense trichome formation, similar to modern Kush strains”. He added “What is different with CBG genetics is that many phenotypes lack smell and the trichomes are completely dry not sticky.”

Like many serious growers, @Cannatorium looks out for the best plant from each grow and keeps it. “1 plant stands out as a keeper… It has a lemony/woody clean smell, very strong big yield and lots of CBG from 8-14% on various HPLC tests”

@Cannatorium sent his CBG-Force buds to an analytical lab to find out whether the genetics had delivered CBG rich results. He was not disappointed, with CBG ranging from 8-14% across various plants. THC levels were below 0.2% meaning no psychoactive high could be felt when smoking or vaping the buds.

Interesting CBC (Cannabichromene) was measured at elevated levels (above 0.3%). CBGA was measured at 8.98% and CBG measured at 7.98%), total CBG cannabinoid content was over 15%. If you’re interested in growing CBG-rich cannabis, then CBG-Force (or Auto CBG-Force) seeds are the easiest and most straightforward way to start.

With THC levels below 0.2% it should be no surprise that there is no THC effects associated with CBG-Force. But @Cannatorium commented that CBG-Force is “Very good for daily stress but without feeling of being high”.

He adds that “the taste is lemony/grapefriut/woody/pine…with a nice after burn smell. Trichomes are dry – not sticky at all. The buds are medium-dense with nice trichome coverage and orange hairs.”

CBG-Force won’t appeal to the grower seeking strongly psychoactive buds. But it will appeal to any grower seeking to explore rare and unusual cannabis strains which are unique in the cannabinoid content which they deliver. Pharmaceutical companies are said to be particularly interested in CBG, though it will take time for clinical studies to be conducted and even longer for any substantiated medical claims to be made.

Grow your own CBG-rich cannabis from seeds

With low levels of THC, you are able to produce non-psychoactive buds, concentrates etc.

If you are interested in unusual cannabinoids like CBG then you may want to check out other strains in the Dutch Passion special cannabinoid seed collection. You will find THC-Victory which is rich in THCV (Tetrahydrocannabivarin) as well as Auto CBD-Victory which is rich in CBDV (Cannabidivarin). High-CBD, low-THC strains such as CBD Mazar, CBD Charlottte’s Angel, CBD Auto Blackberry Kush or CBD Auto Charlotte’s Angel are also available. 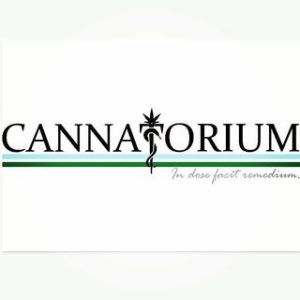 Cannatorium an experienced indoor cannabis grower and a close friend of Dutch Passion with a keen interest in new strains rich in rare cannabinoids. @cannatorium (Instagram) was keen to deliver his all-round experience growing CBG rich cannabis seeds. You can connect with him on Instagram.