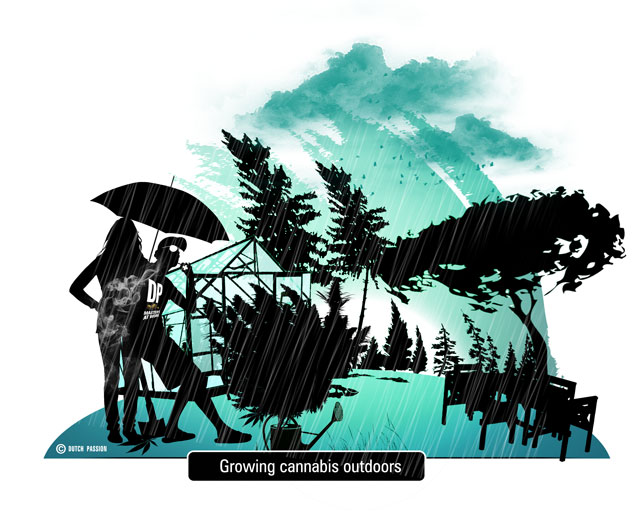 Growing cannabis & weather conditions are very important when growing outdoors. Outdoor growing is something that Danish George has been doing for years now in Scandinavia. See his grow diaries with Dutch Passion Auto Duck cannabis seeds here. Here is his guide to growing monster cannabis plants outdoors in Scandinavia. And here is his recent attempt to grow two autoflower crops outdoors in Denmark.

But in recent years Danish George has noticed the summers becoming greyer, cooler and wetter. This presents some real challenges to the outdoor cannabis grower. Read on to see the views and advice of Danish George for outdoor cannabis cultivation in demanding climates. The words and pictures come from George himself. 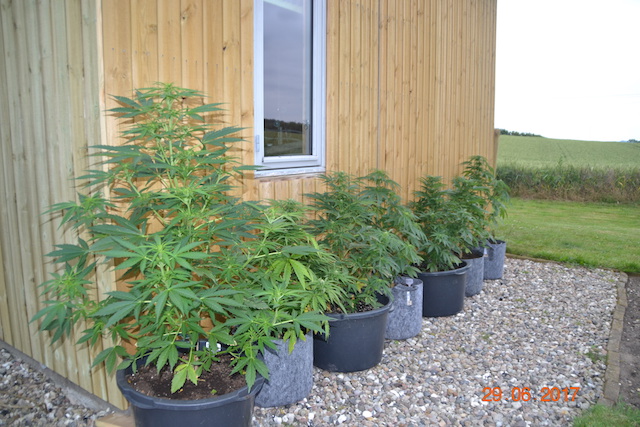 If you have been to Great Britain, northern Europe or Scandinavia this year and especially If you live there, you have most certainly noticed the almost non-existent summer we’ve had. In 2016 and 2017, the short ‘summer’ quickly turned into an endless, drab, cold and cloudy period, that more or less lasted from early August till November.

In Denmark 2017 was the coldest, wettest summer in many years. Extreme thunderstorms have also been more frequent, although other studies suggest, that also heatwaves can become more frequent in the years to come, due to global warming.

This effects outdoor cannabis growing in a major way, both when growing photoperiod plants, and in my opinion especially the growing of autoflowering plants late in the season, as described in this blog where I grew two auto crops in one Scandinavian summer.

In a perfect world the growing of two autoflowering crops in one season is possible. Certainly if you live in central or southern Europe it would be easier to get two autoflower seed crops in one outdoor season. But with weather like we’ve seen in 2016 and 2017 you really have a challenge getting your second harvest complete before the winter arrives. 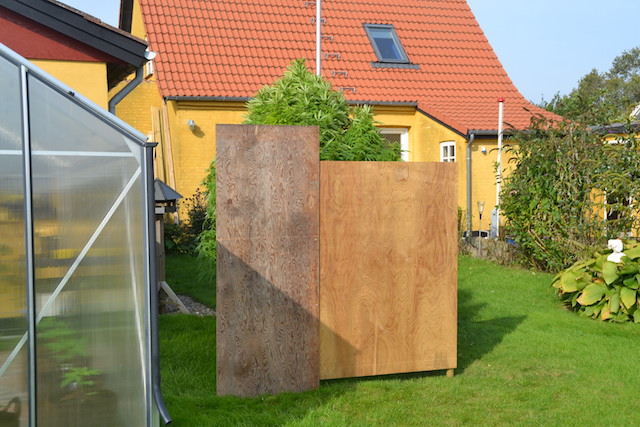 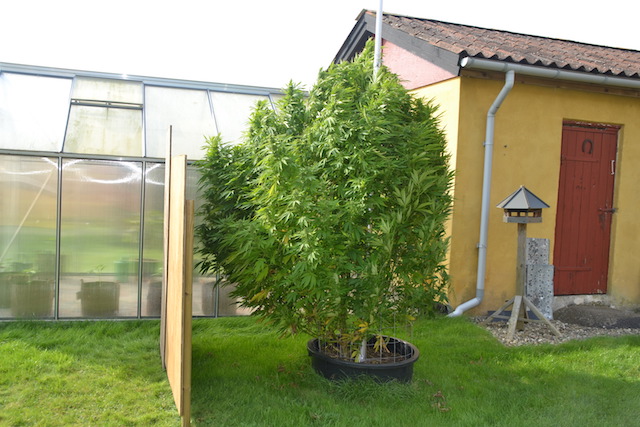 The one factor we’ve seen for the last couple of years which I feel has affected my growing the most is the drab half cold late summer with one weather front after the other coming from the Atlantic over the British Isles, and ending up over Holland, Northern Germany and South Scandinavia.

The effect is easy to observe: slower maturing of otherwise healthy plants and more rot of both stem and buds, and more powdery mildew, leading to stunted unhealthy plants.

I have observed, that in these periods with cloudy weather, and temperatures around 10-15 C, many autos will stay in a kind of perpetual vegetative phase. Or at least it seems that way, maybe due to their Ruderalis heritage, they don’t tend so much towards big buds.

Instead the cold weather forces late-season autoflower plants to reach maturity with small flowers and many trichomed leaves instead, which is hardly what anyone wants, especially when using XL yielding strains.

In the summer of 2017 I grew around 50 autos of various Dutch Passion and Seed Stockers strains. I germinated them from mid April to early May, and harvested from mid July to early August. They netted me 2373 grams of dry bud.

The same amount of autoflower seeds germinated from early July and harvested late September/early October only netted 527 grams, due to all the above mentioned rot and mildew damage!!
Imagine to have planted 50 top line Autos, and getting around 10 g pr plant in the bag – hardly worth your while I’d say.

Just as with the weather, I find it very hard to control a phenomenon like bud rot in an effective way outdoors in Scandinavia. As you probably are aware, all kinds of fungi thrive in nature, and are almost impossible to shield your plants against. Wet and humid conditions really make it hard to avoid, and when powdery mildew first sets in, again it’s very hard to get rid of. 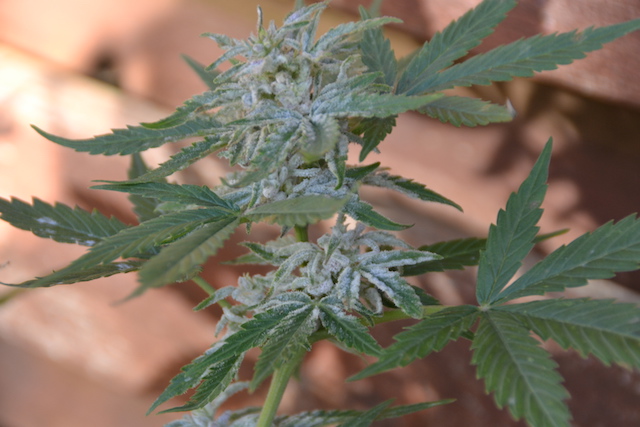 So, what can you do to keep your outdoor cannabis yields to a maximum when using autoflower seeds and feminized photoperiod cannabis seeds?

There’s no telling how the weather will turn out – of course – but an experienced grower wants to think ahead. Maybe Northern European summers will be less wet and grey in future? Or are cold, wet and grey summers the new normal for northern growers?

Sounds like very normal strategy – at least a few years ago – but with the development of high yielding autos, many people, including myself, probably went totally ‘Auto berserk’ and forgot the massive results you can get from a few well placed photoperiod fems like Dutch Passion’s Think Fast, Frisian Dew or Hollands Hope.

No matter what happens in the auto department, these strains will almost always deliver the goods, and should reach maturity before mid October.

Germinate your first batch of autoflower seeds earlier, aim to get the second batch harvested earlier too

If you have a greenhouse, it’s possible to germinate your first autoflower seeds in early April and start them in the greenhouse before planting outdoors. In this way, you can harvest them from late June to early July.

If you start the second batch of autoflower seeds in the greenhouse too, you could germinate in early/mid June, aiming for the final harvest to take place in September, at the latest. This should allow the plants to be harvested before winter and the massive fungus attacks sets in. 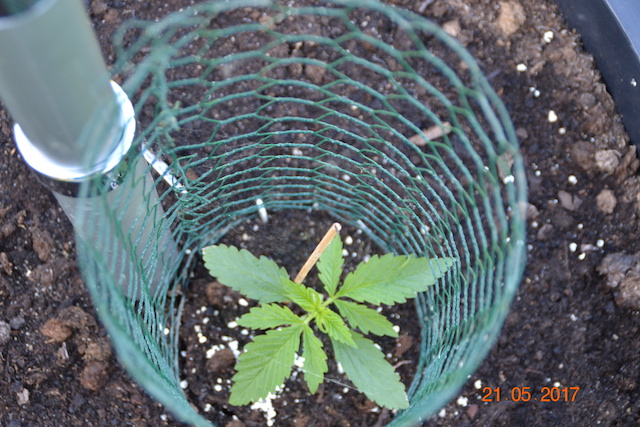 What to beware of?

Another result of the current climate is that harsh winters, or at least severe winter frost, never really arrives. This means that fungi can survive easier. This is especially true in green houses, so be extra careful when cleaning all your greenhouse furniture, pots, tools etc.

Bud rot is really the easiest to deal with, since you can cut off infected buds or flowers. The rot almost always starts on the calyx areas and spread outwards and as you may know, the blooms are very big on some autos. This makes it especially hard if you have really big buds, and sometimes a bud will be totally rotten inside, while the outside still looks ok. Be sure to use the same scissors for this, and not use it for anything else, so you don’t contaminate healthy plants with rot.

Powdery mildew look less dangerous in the beginning, but don’t let that fool you, it can easily spread to your whole plant – usually from the lower branches and buds. You can try to trim your way out of it, as with rot, but I have found that the stuff my wife uses to sterilize jam jars, (which contains sodium benzoate) is quite effective when used in a mild solution early in the attack. If the whole plant is affected, theres not much to do though. I have thrown hundreds of grams away due to this, because you really don’t want yourself or anybody else exposed to fungus, which can cause serious lung problems.

Next year I’m going to start using Dyna Grow Pro-tekt, a 0-0-3 fertilizer which strengthens stems and leaves and should have good effects against fungus infection.