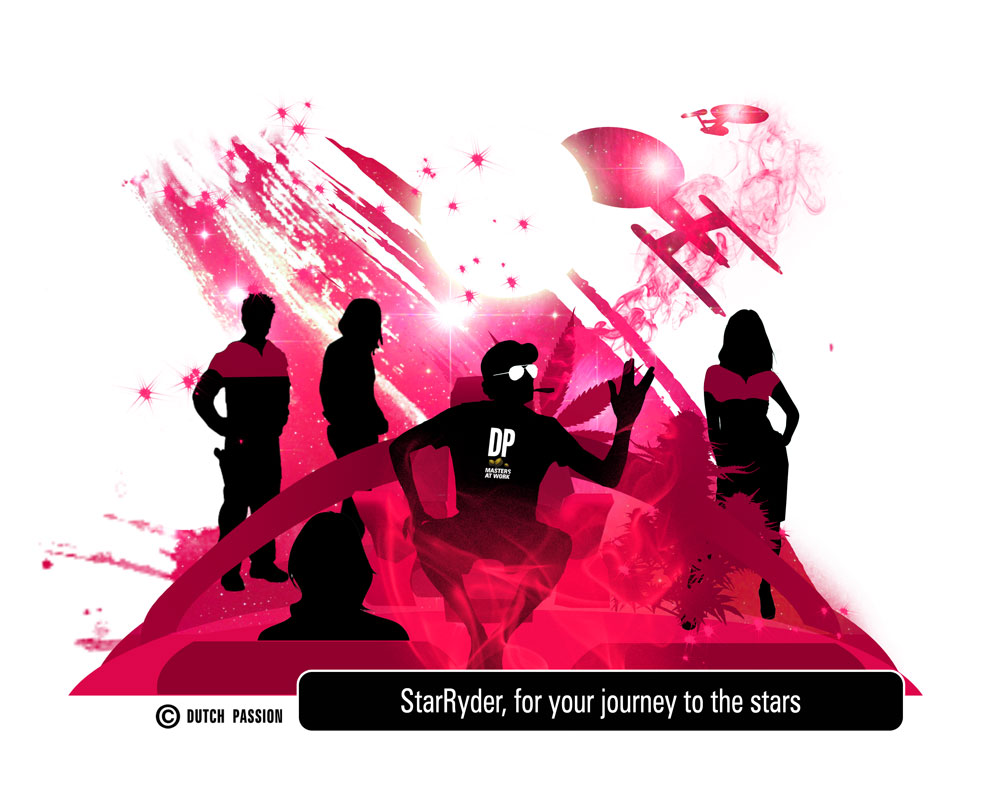 In this weeks Dutch Passion StarRyder Review ‘Parabolic Pete’ harvested her just 8½ weeks after the seed germinated, something which would be impossible with traditional photoperiod varieties.

These days our auto flowering varieties are almost as popular as our traditional varieties. So far as many of our customers are concerned automatic cannabis varieties are a faster way to be self sufficient cannabis growers without compromising quality.

The pictures and comments in this weeks diary come from ‘Parabolic Pete’ a European self-sufficient home grower who tends to grow 9 plants at a time using 3 x 600W HPS lights. Previously he has grown our Think Different. 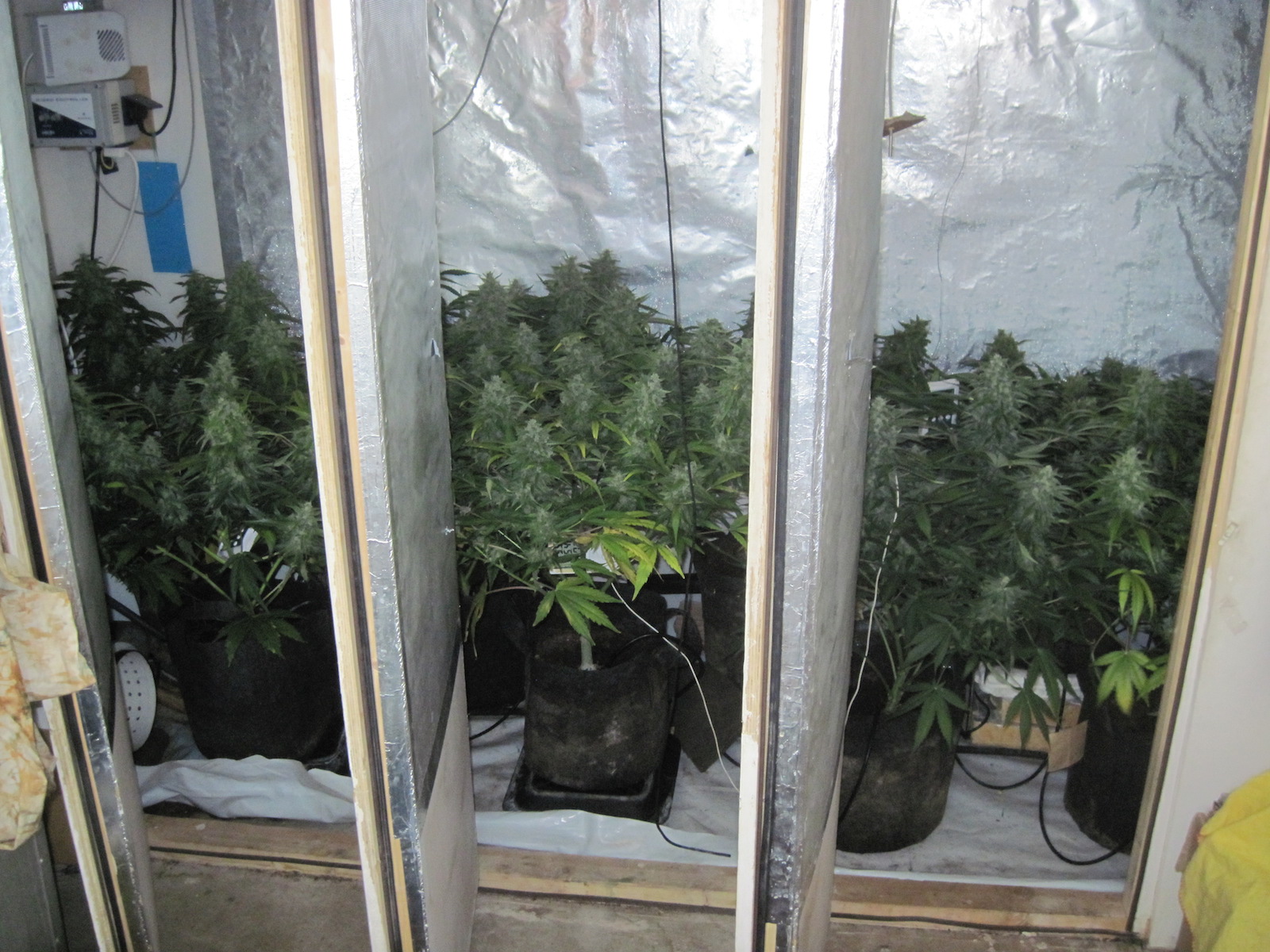 Above and below, StarRyder tends to produce compact bushy plants with numerous blooms.  Its a consistently easy and potent plant to grow, even for beginners. 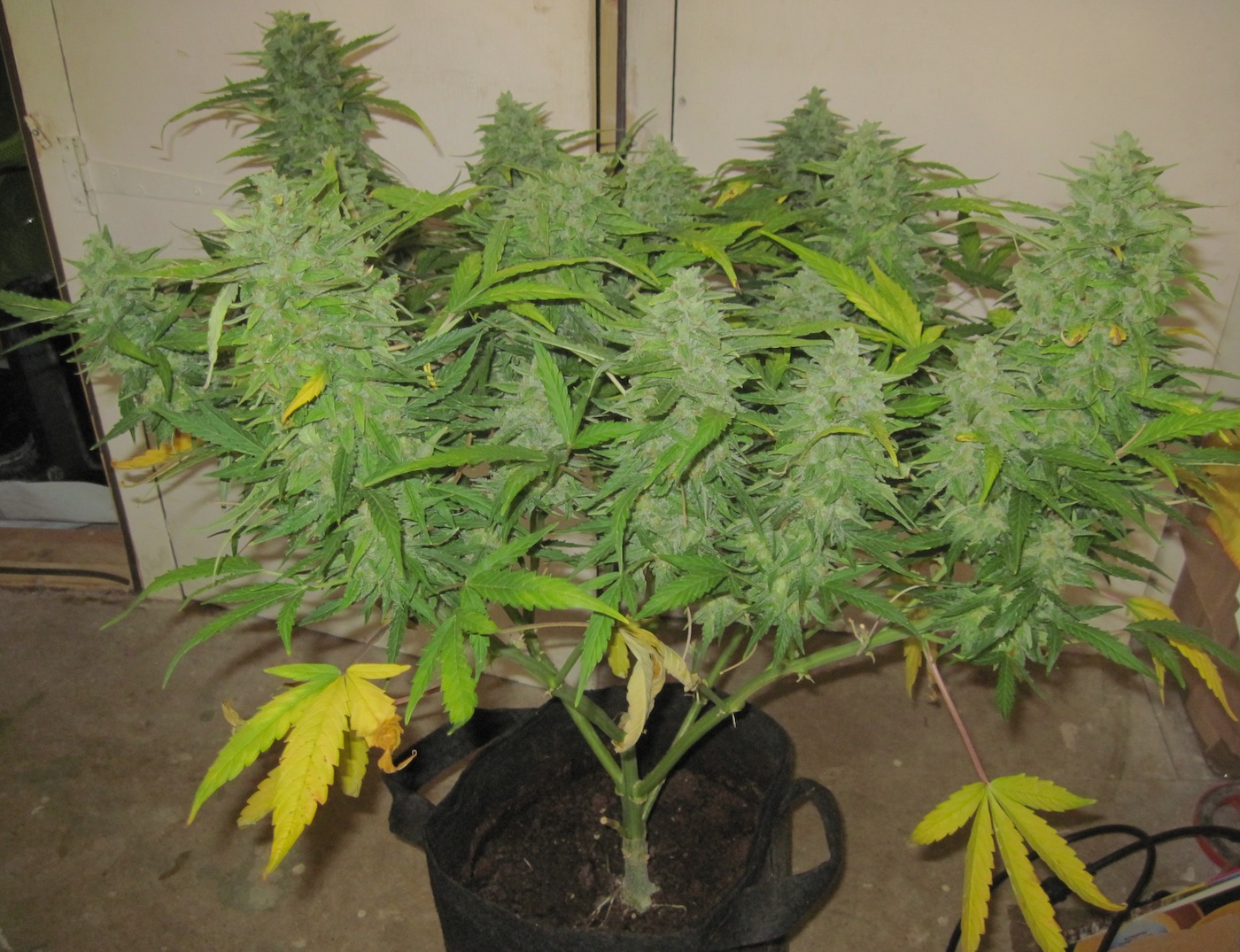 Parabolic Pete explained how he grows

“I started the StarRyders for 2 weeks under fluorescent light in seedling pots. Then they had 1 week in 16l root pouches under 2 x 400w HPS . Then they had 4 weeks under 2 x 400. The last 10 days were half 3 x 600w half 3 x 400w depending on the heat. The light were on for 20 hours and off for 4 hours. I used soil from Plant Magic with Canna soil nutrients. The plants were dripper fed every other day from week 4 onwards”

“I started 12 seeds off then selected best 9 to finish. next time I’ll probably start 16 – 20 seeds off then select the best 7 or so to finish. About a third of the plants tend to grow small and squat or take a week or so longer to start growing vigorously. So, given the space restrictions, and in order to get a good even canopy it is best to pick the strongest 7 or so plants after 3 or 4 weeks. This makes it more expensive to buy the seeds but means that a consistent crop is more likely. 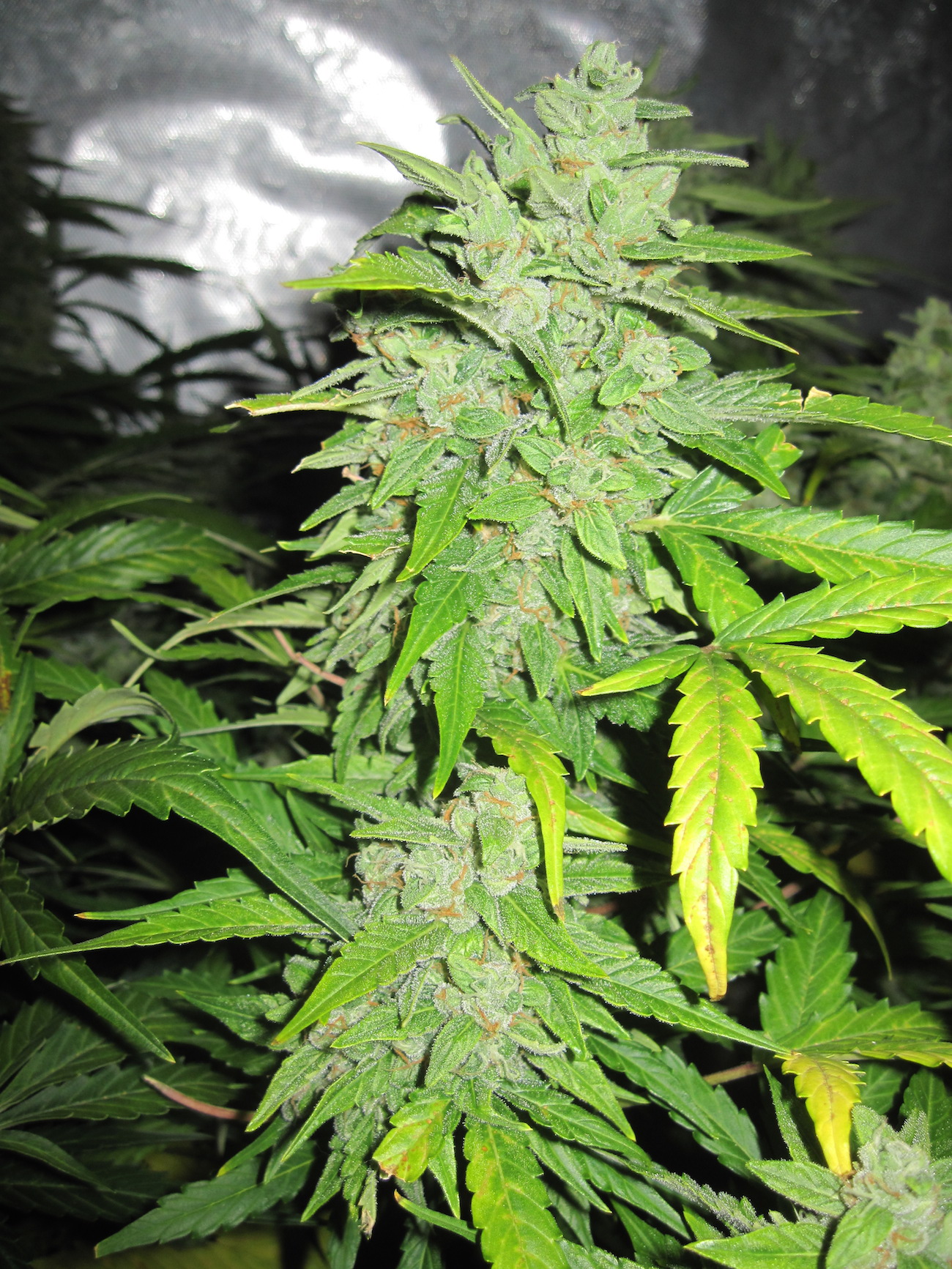 How to manage an even canopy hight

“I was pretty ruthless pruning and training the StarRyders right from the second week. I removed all the smaller weaker branches as soon as they appear, leaving a smaller number of strong and even growing branches. The main stem was tied down with wire and the downward facing shoots removed.”

“I trained the plants by hand to open out as they grew, to encourage even light spread and growth. As they plants bushed out I continued to remove any crossing branches to avoid crowded space. Wherever two leaves were found to be touching each other one is removed to prevent small pools of moisture collecting.“

“I read a few years ago that you had to be really careful not to shock autos, but with these they are so vigorous if the environment is right they respond really well to training, pruning and repotting. I managed to break a few stems accidentally, but I wrapped the broken branch in gaffa tape for a week and they healed and grew normally.”
** 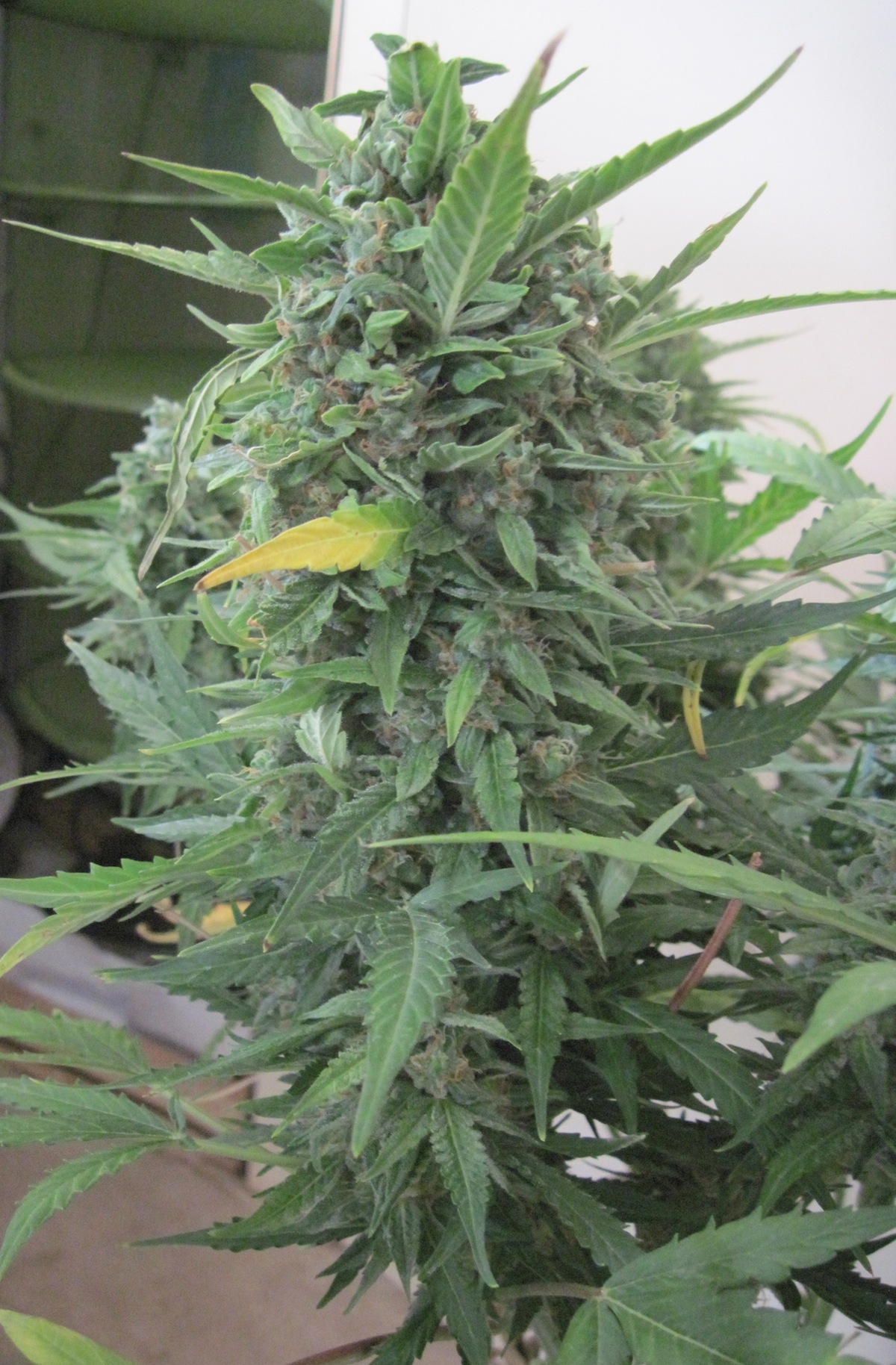 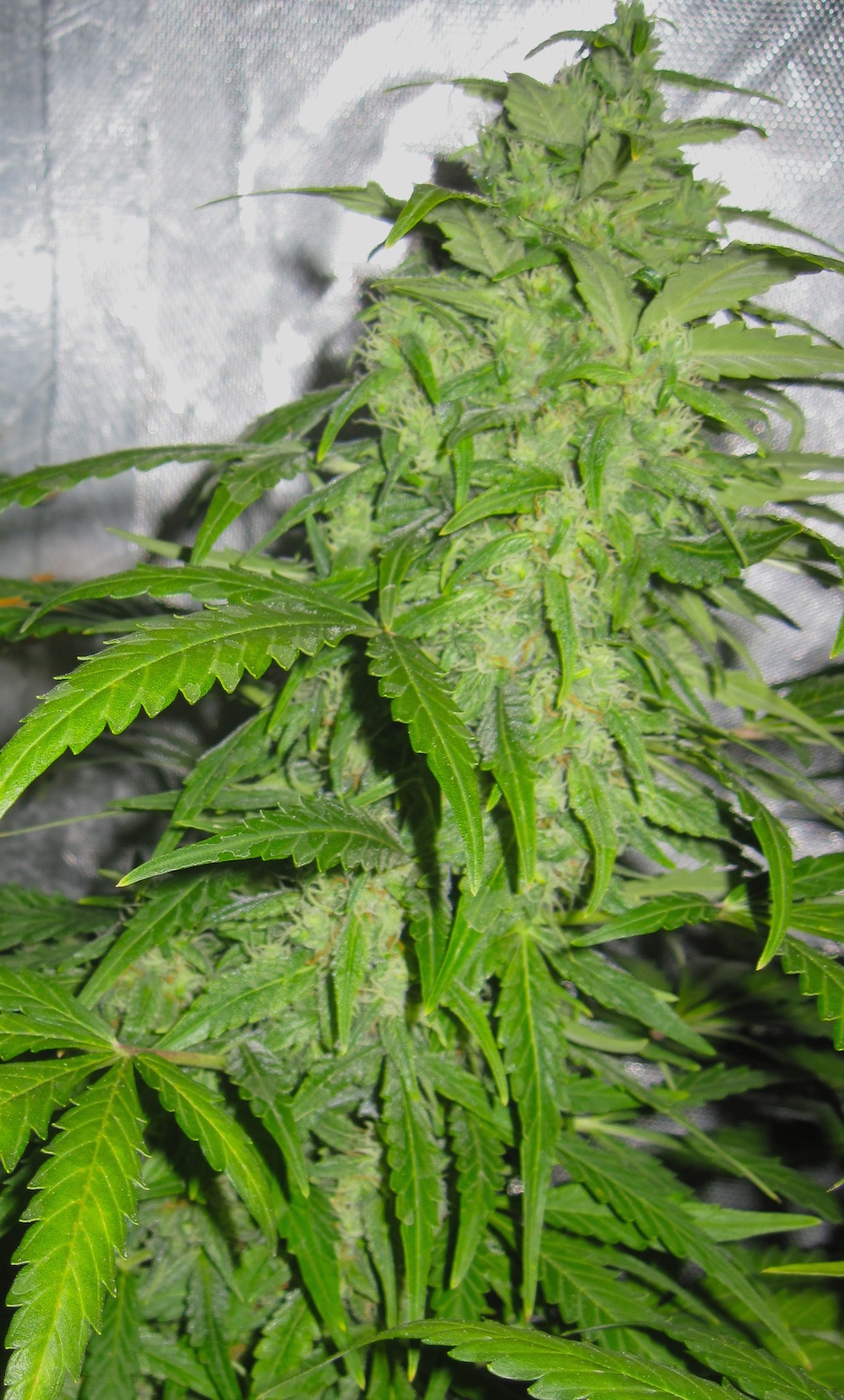 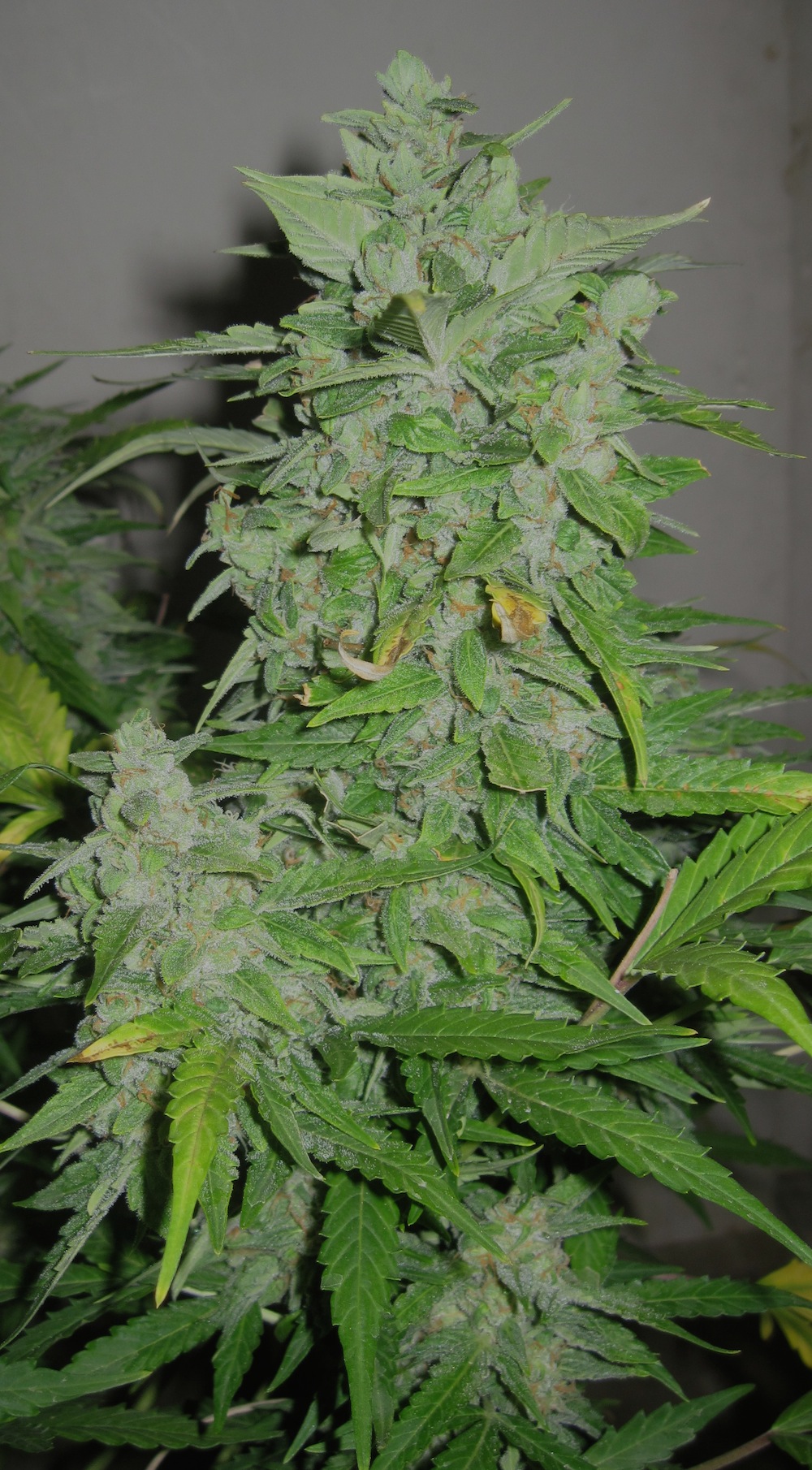 Pete had to harvest the crop after 8 ½ weeks, a week or two earlier than intended, but the beauty of autofems is that they grow fast enough to make this possible. StarRyder is a variety that grows well in soil, hydro or coco fibre.

She is a bullet-proof variety that grows well (and fast) in any home grow and produces cannabis just as good as that from a traditional photoperiod variety. If you haven’t grown an autofem cannabis variety yourself then our StarRyder comes with thousands of satisfied customer recommendations.