The new world record for a single Auto Mazar has been broken, it now stands at a highly impressive 350 grams following a remarkable grow by Seymour Buds from the UK. Seymour has kindly given us his permission to use his words and photo’s from his full original grow on the top-rated Auto Flower Network. 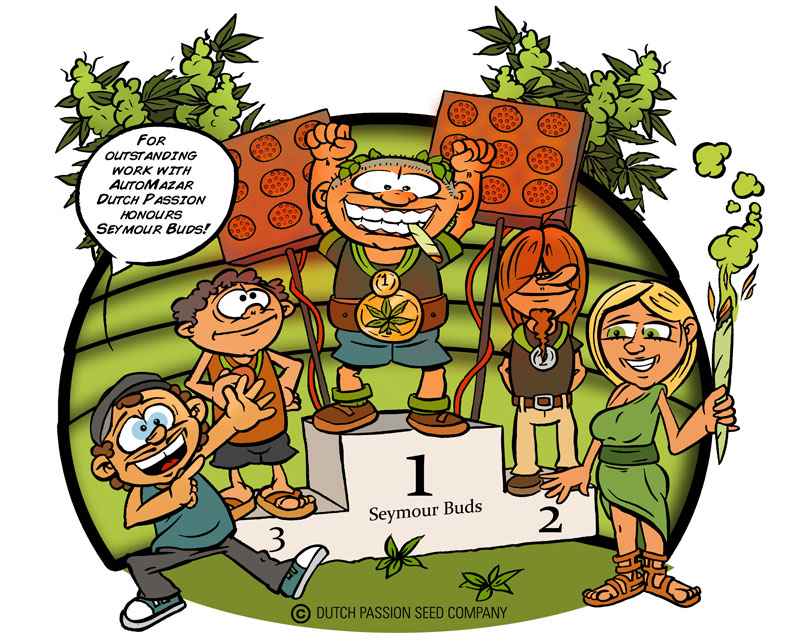 If there is anyone left who still has doubts about AutoFem strains then read on. Yields of 25-100 grams are more normal with AutoFem’s, but in the hands of the experienced grower amazing results are being achieved. Throughout 2011 there have been numerous reports of 250+gram yields from single AutoMazar plants, but this 350 gram grow was quite unique. 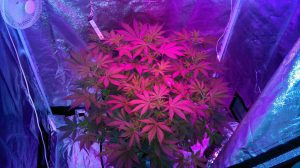 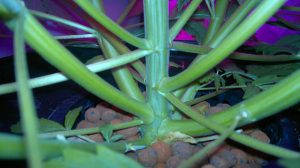 37 Days old. Here is the AutoMazar 37 days after the seed germinated. The AutoMazar is in a large 20 litre oxypot, the grow system is DWC (deep water culture) where the roots are kept in the oxygenated liquid feed. A ‘bubbler’ ensures the roots are kept oxygenated and the reservoir of nutrients is usually changed at least every week. DWC in the right hands allows the explosive growth rates seen here, with a single plant taking 2-3 litres per day at peak feed rate. The lights are on for 20 hours and off for 4 hours. The EC (electrical conductivity) of the feed is 1.0and pH is 5.9. Growth has been prolific getting this AutoMazar off to a great start.

This grow is done under a 345 watt LED panel. This will be interesting for those of us that didn’t realise how good LED grows can be. I confess I never knew LED could be this effective.

Day 55 below. The 345W LED light panel starts moving to the side as the AutoMazar runs out of headroom. AutoMazar begins to smell strongly, true to her genuine Afghani Mazar-I-Sharif heritage. Flowering is underway at last. At this point it becomes clear that this AutoMazar will not finish in the usual 60-70 days, instead she is undergoing unusually vigorous growth and will take 100 days to finish, from seed to harvest. The extra 30 days will be worth the wait, as you will see. Look how healthy the leaves look under the LED’s. 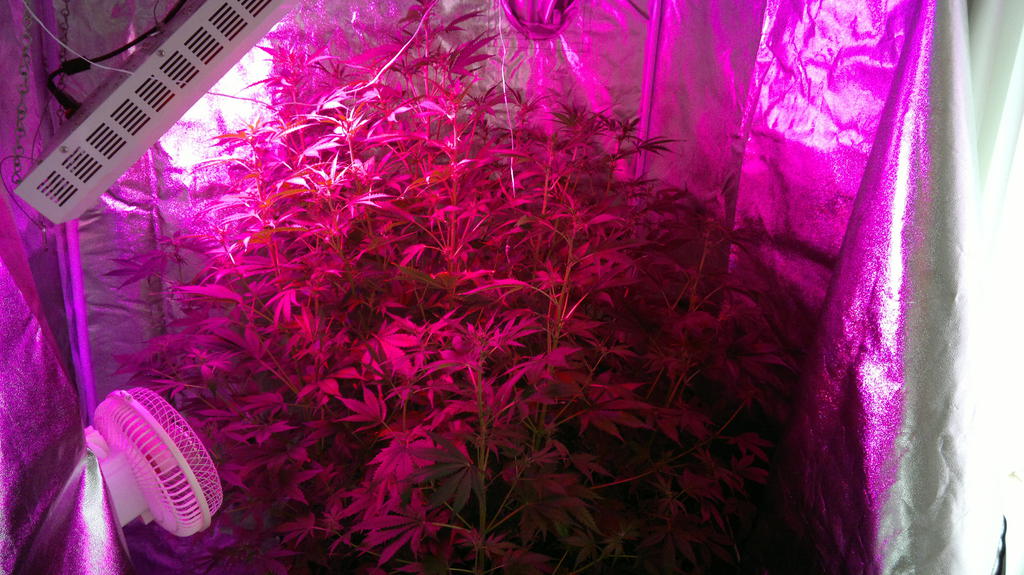 Day 78, below. AutoMazar responding well to the side illumination from the LED panel. Here Seymour noted that he suffered from lack of hight in the growroom. The buds at the rear of the plant get less light than they would like. 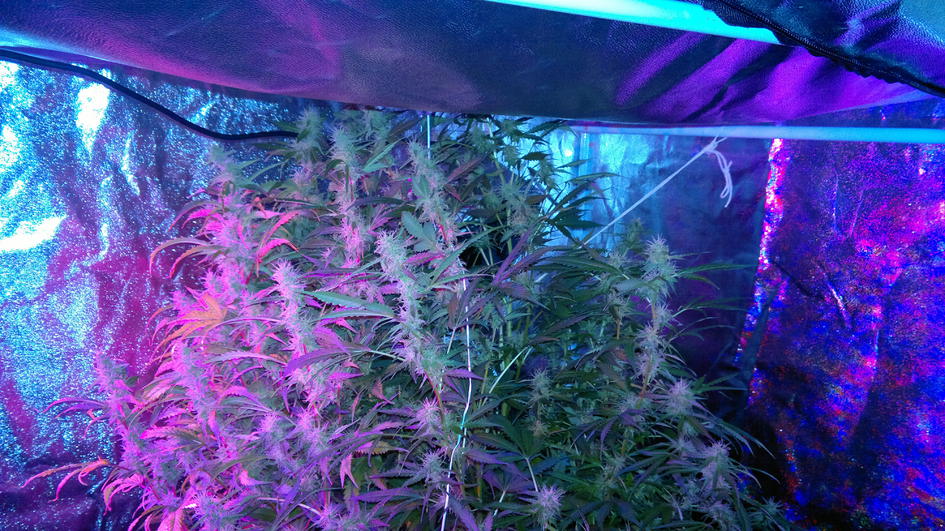 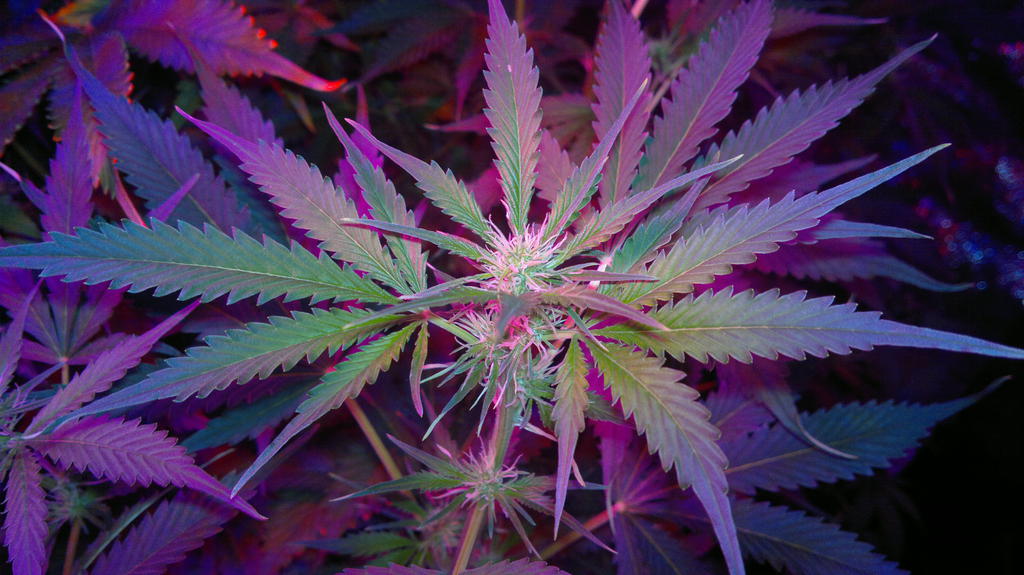 Day 83 below, with LED Penetrator Pro light-panel seen on the left. 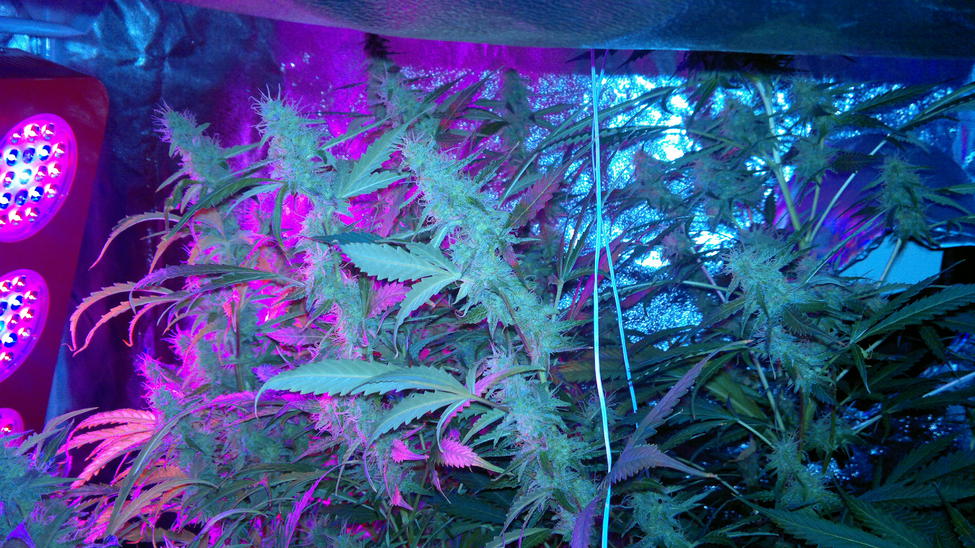 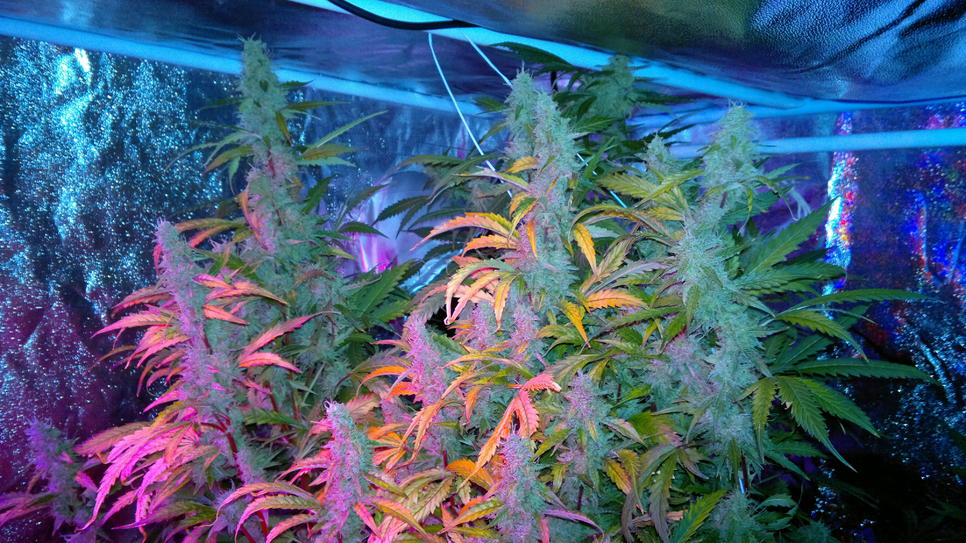 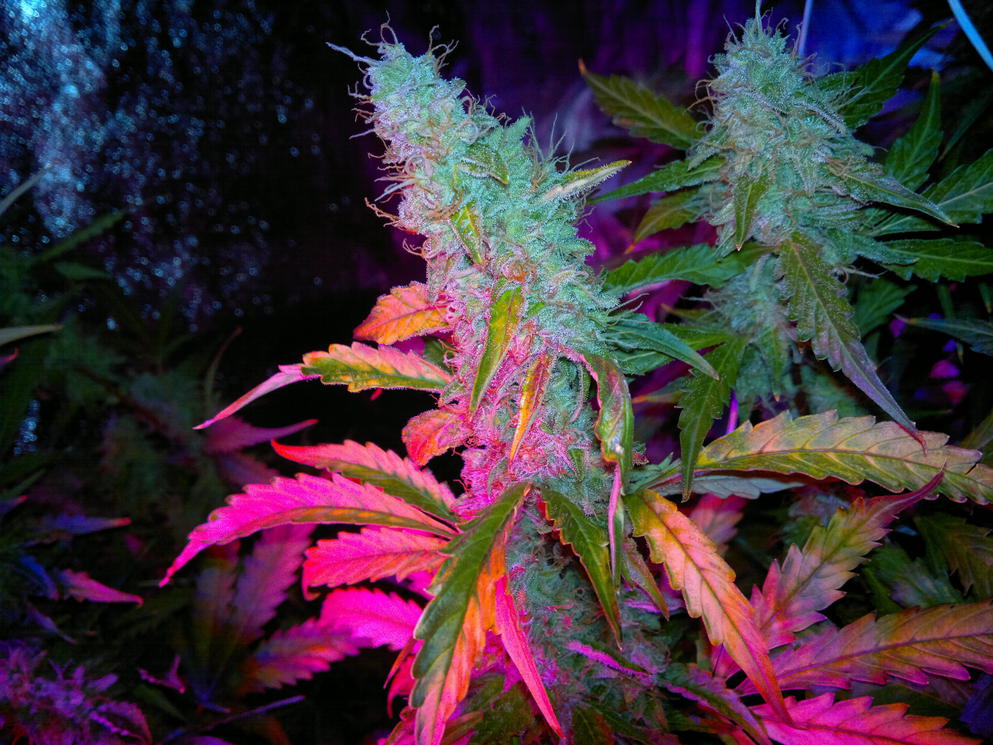 Harvest time for the world record AutoMazar, 350 grams from a single grow. Note how resinous the plants are. This grow will make a lot of people realise how far LED light technology has come in the last couple of years. The 345 watt LED unit only draws 290W and the effect seems similar to 600W++ of HPS. I never knew LED’s were this effective. 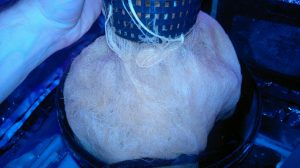 Here they are in the hands of a pro, combined with some top genetics and a well controlled grow method. Note the healthy looking root ball. Hydroponics fans will tell you that this level of growth is difficult to achieve in soil, if not impossible.

The potency of the best Auto’s such as Auto Mazar and the connoisseurs’ favourite AutoBluberry is just as good as traditional varieties. But it is the insane yields we are seeing with AutoMazar that has surprised so many in the world of cannabis. The best autogrowers say they just can’t get the same production out of traditional varieties of weed. My own theory on this is that it is related to the ability of AutoFem varieties to soak up 20 hours of light per day and maintain the flowering process. This compares to only 12 hours of daily light for flowering of traditional varieties. All this extra light, combined with the Ruderalis turbo boosted genetics allows AutoFem’s to produce these stunning yields so quickly. When the breeding process is professionally controlled the Ruderalis needn’t compromise potency. 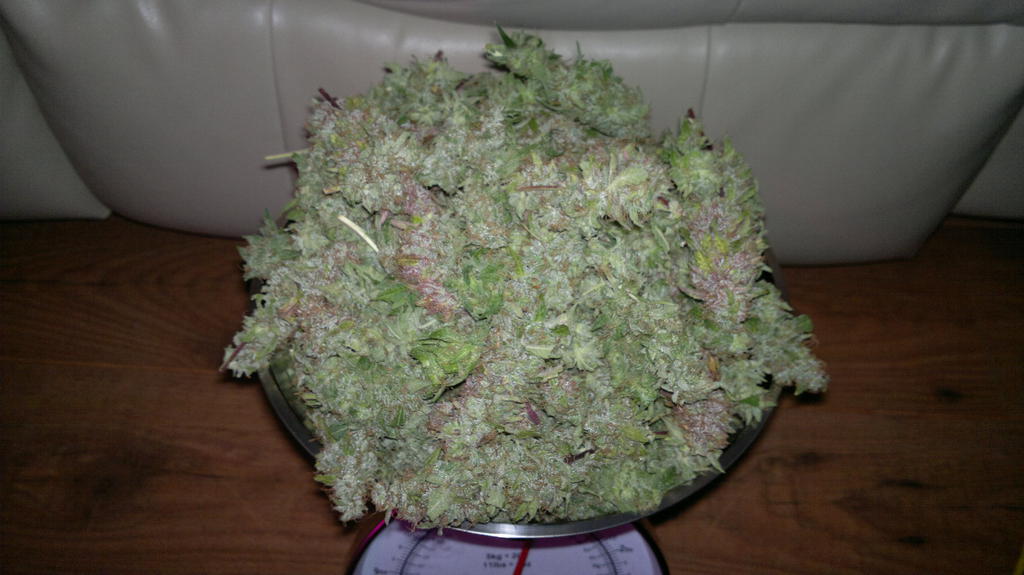 Think of it this way. In a given 24 hour period an AutoFem plant gets 20 hours worth of light energy to play with. It is almost twice as much light energy as a traditional strain gets. The light powers the botanical processes that ultimately produce THC and other cannabinoids . The AutoFem’s don’t need as much darkness. The result is hyperactive levels of growth, the likes of which no-one has seen before. Imagine if you could have an AutoFem designed for a 120 day life cycle or even 150 days. How much could they yield? What would they look like? Which genetics would be best? The possibilities for the future of cannabis strains have got the Dutch Passion team thinking in ways I never imagined.

To finish with here is a great video of another best selling AutoFem, AutoBlueberry. Just as AutoMazar uses authentic Mazar genes, AutoBlueberry uses the best (and by the way, the very original) Blueberry genes to give a supremely tasty and potent bud. Here in Holland AutoBlueberry is the connoisseurs’ choice of auto, even though the yields are not at the same extreme levels as AutoMazar.

Congratulations once again to Seymour Buds for his world record with this grow.