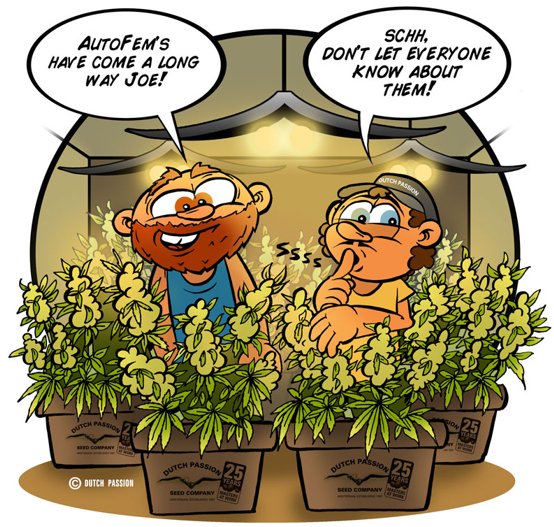 Yields 356g of dry bud from one plant

Seymour Buds was entrusted with the first public grow of our potent new auto named Think Different.  We got to know Seymour following a monster AutoMazar he grew in mid 2011.  Although the first Think Different seeds were not scheduled to go on general release until Jan 2012 we knew that Seymour had the skills and the grow-room to show the world, live on the internet, how Think Different could perform. 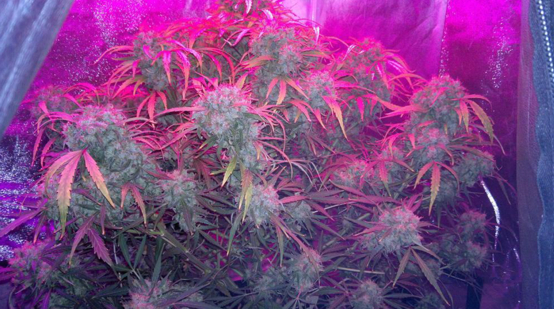 Think Different near harvest – a mass of bud

The result has surprised even Dutch Passion. Using the highly rated deep water culture grow system, and 600W of LED lighting Seymour produced an incredible plant, 1 metre tall with around 20-30 large cola’s in a beautifully symmetrical plant.  By the end of the grow-diary the plant had become a massive bud-ball.  None of us had seen anything quite like it before.  Yields of this kind are often associated with tall 2metre+ plants, but here a waist-high AutoFem had delivered an incredible yield, producing numerous resin soaked blooms with hard and compact buds of Think Different marijuana.

Think Different cannabis seeds were sent to Seymour in November 2011 and Seymour sprouted 3 seedlings with the aim of selecting the best one to take through to maturity.  The seedlings were given a weak feed called formulex for the first couple of weeks, then fed canna aqua veg for 2 weeks, and then canna aqua flores.  She was given Rhizotonic root stimulator throughout and developed a root system which filled the 20 litre bubble bucket which she sat in.

Think Different was a slightly greedier feeder than AutoMazar and the EC was as high as 1.6.  Near the end of the grow she was given a boost of pK 13/14 – a commonly used additive to boost bloom production.  Think Different was flushed with water for the final week – a technique many believe gives the best tasting and smoothest smoking pot. 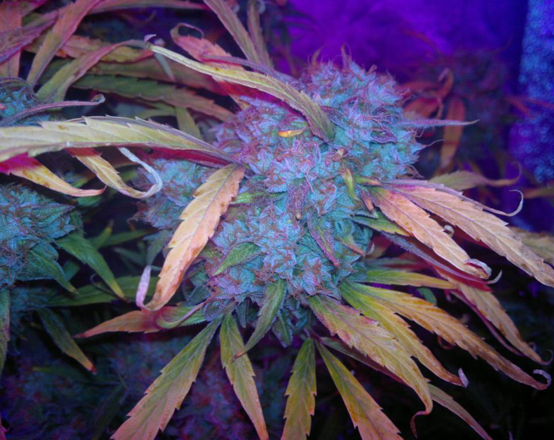 The total grow time was 75 days from seedling to harvest, and the entire grow was seen by tens of thousands on the Autoflower Network, the online home of many of the worlds most serious auto lovers.  The full grow diary is courtesy of Autoflower.net.  Throughout the grow Think Different was given a lighting cycle of 20 hours lights ON/4 hours lights OFF.

This was the first time in Dutch Passion history that we had done anything quite like this. It is a glimpse into the new, progressive thinking in Dutch Passion. It is also an indication in the unshakable confidence we have in the quality and growth potential of our latest genetics.  After 25 years in the cannabis seed business the Dutch Passion seed collection has never been this good. 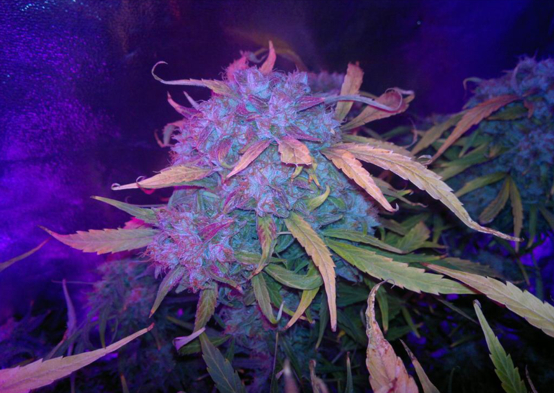 Massive blooms all over!

The fact that the best quality AutoFem seeds can achieve such heavy yields is not surprising to the people behind the breeding process.   AutoFem varieties get around 50% more light than a traditional variety receives over the same 10 week life cycle.  AutoFem’s get 20 hours of light per day to produce bud and resin, that is 8 hours per day more than traditional photoperiod varieties get. 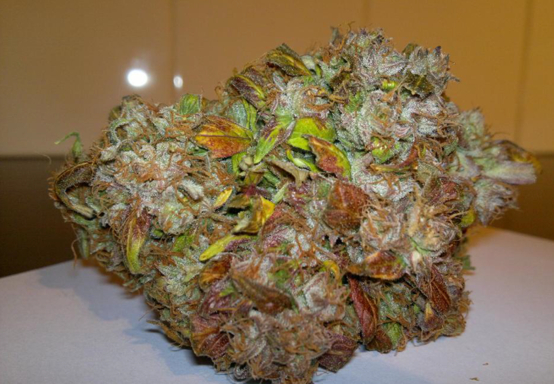 Ready to enjoy, with some slight purpling for added appeal

Think Different cannabis seeds used all of the 5years of experience acquired by Dutch Passion to deliver the results seen here.  She came from a special, un-commercialised Dutch Passion hybrid of AK47 which we called AK420.  Ak420 was bred with Ruderalis genetics to yield the Think Different automatic variety that is around 60% sativa, 20% indica and 20% Ruderalis.  Think Different represents the pinnacle of Dutch Passion’s AutoFem work and we have been delighted to see her perform to such extreme standards under the expert guidance of Seymour Buds.

Dutch Passion expect Think Different will perform best for indoor growers where she can take full advantage of the 20 hours of intense indoor grow-room light.  But we expect her to be popular with greenhouse growers across Europe, and popular also amongst outdoor growers who will be able to get good yields especially in the warmest and sunniest climates.  Even in cooler northern climates she will do well if she can get 70 days of reasonable weather.

So for the new army of Auto-lovers out there, we are pleased to say that Think Different lives up to the high expectations we set for this potent XXL yielder.  AutoFem’s simply get better and better.  And you wouldn’t believe what we have in the pipeline for the future.

3 Think Different marijuana seeds cost just €29 and if you grow them well they will provide you with an ample supply of medical or recreational marijuana.  Buy some while stocks last! 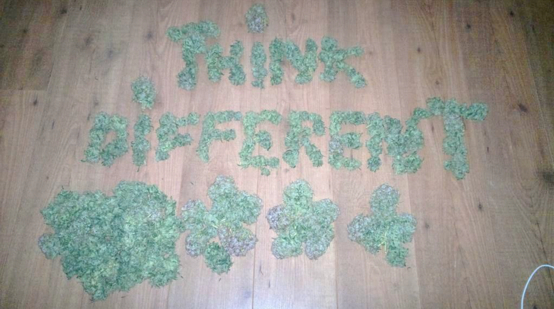